Keeping Up To Date

I'm so sorry!  There's been so much good stuff and I have hardly written a word.  Let's see if I can be as un-wordy as possible and still catch you up.  I'm thinking a list.

1.  Licorice got his teeth done and while he was sedated, his sheath cleaned.  Vet said to try to keep him on half days on grass for spring, just in case.  Or put a grazing muzzle on him.  Lucky for us, another boarder left and Licorice got to move to his stall which is attached to a nice big dry lot!  So Licorice will have breakfast in the dry lot and go out in the afternoon with his girlfriend in the big pasture.

2.  Another amazing lesson with E.  Licorice and continued to walk off our anxiety and have graduated to 'walking the trails'.  We have not graduated to calmly walking by the cow pasture, but my fire breathing dragon pony now at least will walk by them instead of stopping and then bolting.

3.  A few pictures from the interior of our new barn. 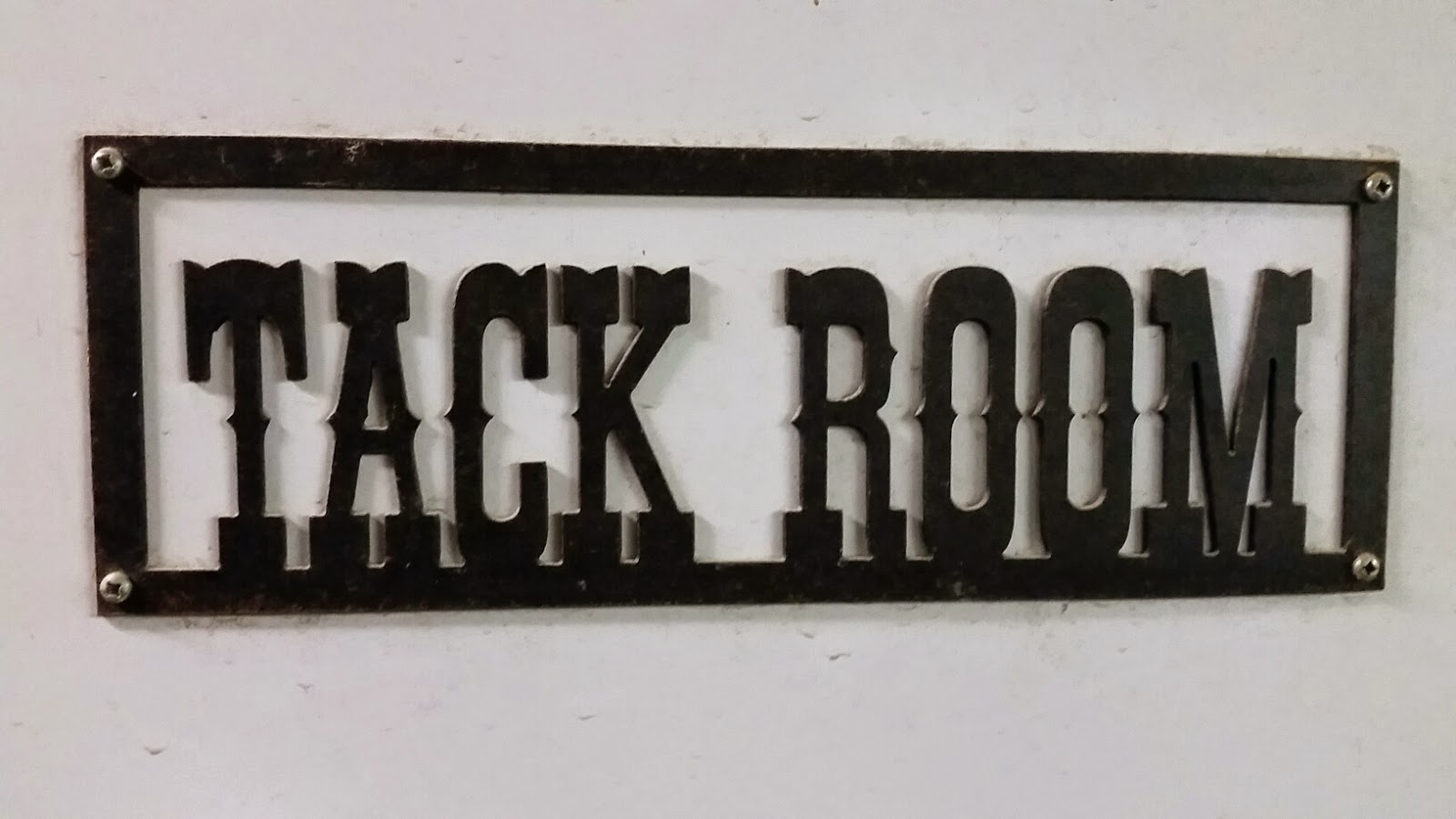 4.  Licorice had a serious allergic reaction.  Vet thinks it might be a bug allergy.  There are lots of flies on this property since it is in the valley and gets a fair amount of standing water.  So Licorice got a steroid shot, a few days of steroids in his food and was prescribed a fancy fly sheet with neck cover.  My non horsey friends think he looks like a Knight's horse now.  The hardest part is that we are having spring days, which mean that the day can start out rainy (put him in a rain sheet) and then end up warm and sunny (needs the fly sheet).  I can't afford blanketing service and even if I could, that includes blankets in the morning and then in the evening, not a 'check in the middle of the day and swap out his entire outfit'.
5.  Another amazing lesson, where I had E ride Licorice.  She said he was lovely and that she thinks the tripping will lessen considerably once he learns to unlock his back.   Immediately after getting on, she said he tensed his back up and stopped moving his barrel.  Hmmmm...this makes sense why his back was so sore last year!  So, our focus is on getting his barrel moving by alternating legs.  First gently, then bigger and bigger.  It's sort of hilarious because you can tell that Licorice was a lesson horse and is used to spurs because I had to ride around thunking him pretty good.  He totally ignored me.  E, of course, got him going lovely right away, but at least he didn't kick up or crow hop.  We even trotted a tiny little bit, but with my hamstring injury I'm really only supposed to walk right now.

6.  I talked to my farrier and we pulled Licorice's back shoes.  He said if he's still sore in a few days, call him and he'll come out and throw shoes on him, but since I'm not doing much with Licorice he doesn't really need them.  Yeah for a smaller bill!!!  Finally!

7.  Licorice and I are starting to get it.  Really get it.  His manners are starting to come around and he even fell asleep while I was talking to someone.  Progress feels so good.
Posted by Mona Sterling at 9:12 AM 4 comments: