Despite multiple massages over the last few weeks, Licorice's back continue to have spasms.  When the vet initially looked at it, she thought it was due to him coming out of consistent work into no work.  She recommended lunging with a neck stretcher to get him to round his back up.

However, the current path that I'm on is one where I'm starting over to build trust.  Without any gadgets if possible.  And from what I can tell, a neck stretcher 'forces' the horse into position by limiting his movement.  So, instead, we've been lunging Licorice and working hard on building relaxation cues and head down cues.

The good news is that he's getting much better and is now able to lunge quietly with his head down more and more consistently.  However, his back isn't much better and it's been three months.  The vet had said to lunge in the neck stretcher and it should get better in a month.  I know the road I'm taking is very much the longer road, and I'm trying to not be in a hurry but it's hard.

It's hard wondering if my horse is going to be ride-able again.  It's hard not to just put on the damn neck stretcher and rehab him without worrying about our 'relationship'.  It's hard for my pea brain to wrap around the long term benefits of this kind of training versus getting Licorice better faster.  It's also hard for me to believe that without the neck stretcher, I can actually teach him to round up his back and lower his head.  It's painfully slow going.

I'm DETERMINED to not have an agenda until next summer at the earliest, which means I spend a lot of time trying to come up with an agenda or find some answers.  The answers I'm looking for are ones that only come with time and lots and lots of patience.  So, I'm off to meditate now and learn how to just be in right now and not worry about tomorrow.

Happy Trails!
Posted by Mona Sterling at 7:28 AM 4 comments:

Hi people.  I know it's been a few months since I've updated and I can't promise regular updates yet.  Here's what I can tell you:

Licorice moved to his new barn, which is actually just someone's house with a few paddocks and an arena.  Our plan was to get some good outdoor riding in, including trails.  Of course, best laid plans have a way of not working out sometimes and this was one of those times.

First - I hurt my leg and was told not to ride.  I was finally diagnosed with hamstring tendonitis from having overtight deep gluteal muscles.  I'm betting that lots of Type As have this problem, as it could loosely be translated into Tight Ass.  My new mantra is breathe and un-clench.

Second - Licorice was off.  So he got some x-rays done on his right hind.  They found some arthritic changes, but nothing serious.  So he got a shot and that helped.  However, since then, his back has been sore.  It's the lower back, where the rider would sit.  We ruled out saddle fit and since he hasn't had a saddle or rider on since August, we're not sure what's going on.  He's had two massages where she found very tight hamstrings and that his back was spasming.  He gets one more on Wednesday and we're going to re-evaluate after that.  I am currently not working so our budget does not have much in the way of extras for pony rehab.

So, here we are at this new barn and we can only do lunging and ground work.  Theoretically, this is a recipe for success.  And it sort of has been.  I don't want to get too much into what I'm trying to accomplish, but I've been trying to break down my confidence issues into tiny baby steps and figure out how to be a better leader for Licorice.  I've been re-studying and re-reading Mark Rashid and have watched some interesting videos with Klaus Hempfling, who is kind of out there but also very interesting.

I'm working on building trust with Licorice.  Moving him out of his 'known' environment has given me much more insight into his personality.  He was much calmer at the other barn, but he was also more checked out.  As we've worked on trust and done some groundwork, he seems much happier.  But all of our work is outdoors, which mean the environment is changing.  We're surrounded by tall trees, wildlife and all manner of things.  Though he doesn't full on spook very often, it's clear he's nervous.  His head is up a lot and he still tunes me out.

It's only been three months, so I'm trying to acknowledge that this things can take time.  I am working on dropping any agenda I might have had and just going with it.  I read somewhere that Mark Rashid, who is an excellent horseperson, didn't move his new horse out of a walk for months.  Not because he was scared or 'trying to go slow' but just because he didn't need to.  He was building a relationship and training the horse with every ride.  There was no need to increase the speed until he needed to.

This is generally not accepted for dressage riders.  In fact, I think most english disciplines and maybe western ones too (I don't have much experience with western) frown on just walking your horse for months.  But it occured to me, that once I get back to riding it would be a beautiful thing if I just walked Licorice and didn't worry about riding.

Hanging out with Licorice has given me more insight into his personality.  He's pretty worried about things and likes to be near other horses.  He likes a strong leader so that he doesn't have to worry, but he doesn't really trust that people will be strong leaders.  I'm trying to build trust and not just 'do exercises' but it can be hard sometimes.  Especially when he gets anxious and just barrels through me.  It's challenging not to get angry or let my heart beat out of my chest with fear. 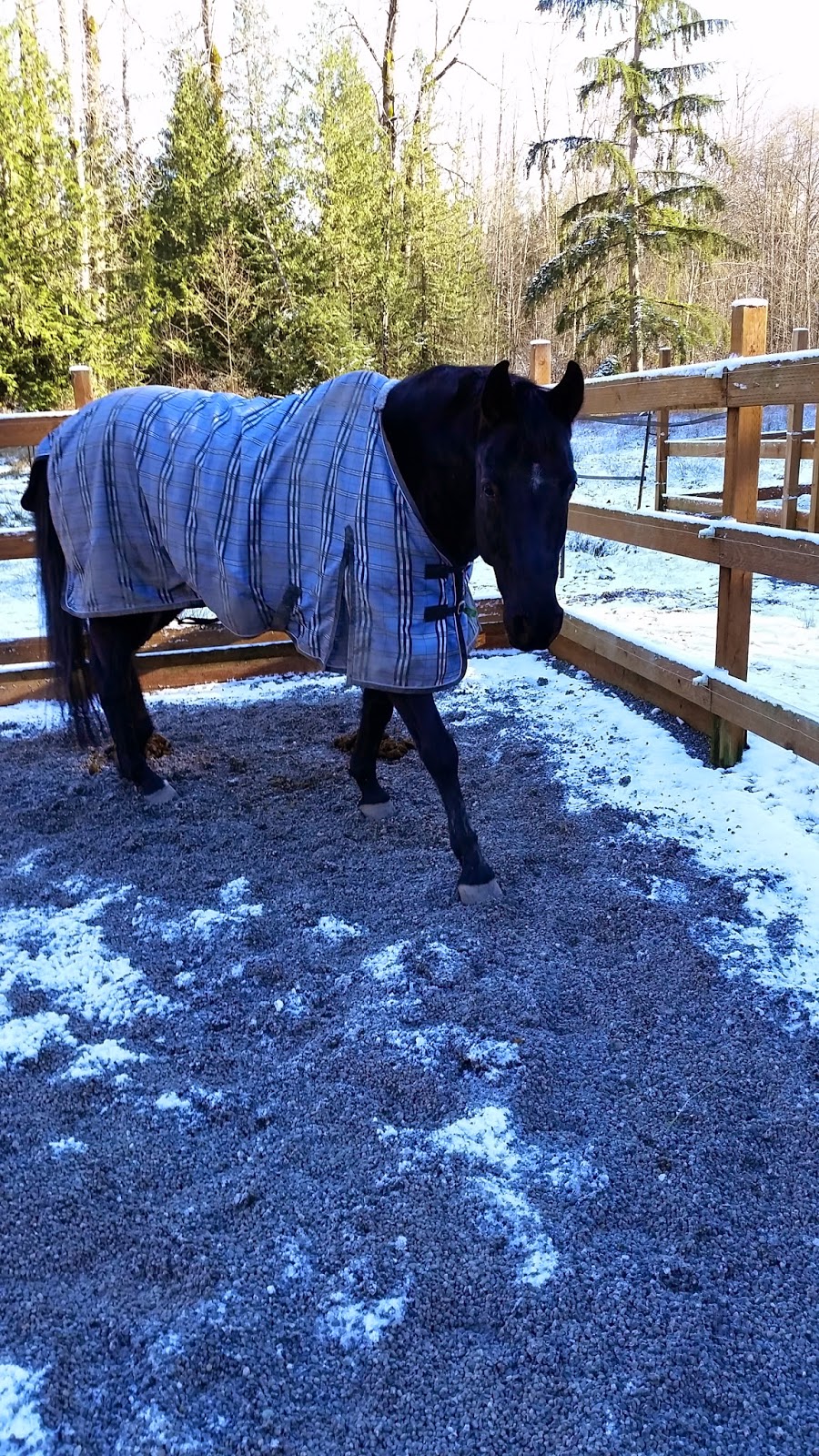 I still think about trying a calmer horse.  There are lots of highly non-reactive Quarter Horses out there that I could hop on and trail ride on immediately.  Do you think it's true that if you have an issue within yourself (my anxiety) that it will just make all your horses react at some point?  So Tessa was spooky because she needed a leader, Licorice is getting more anxious because he doesn't have a leader (though the woman who is helping me is working with him and even she says he has a high level of anxiety...not spookiness, but anxiety) and that if I get a little quiet QH, that horse would be anxious and/or spooky too.  I don't like this constant trading of horses.  I want to fix me so that I can ride the horse I have, but I also want to make sure that it's not like a bad relationship where you keep trying counseling to fix it and there are some things that no amount of counseling or self awareness is going to fix.

Sorry for the long post, but I wanted to catch you guys up.  I could go on for days with ramblings about ground work and trust and all sorts of things but I'm swirling so deep in it that I'm not ready to put it ALL out on the internet.  If I don't blog again soon, have a happy holiday season and kiss your ponies.  I still read ALL of your blogs even if I'm not saying much, I'm absorbing like a freaking sponge these days.